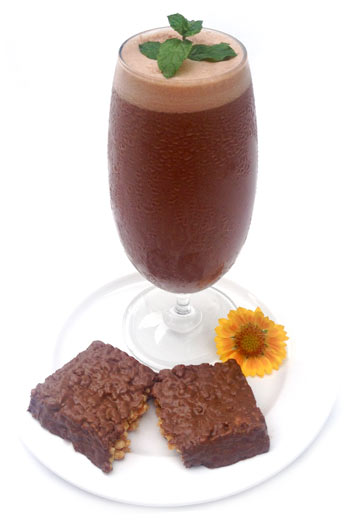 Surviving Perimenopause With Your Favorite Soy Protein Shakes or Bars

Perimenopause is a natural stage of a woman’s life, during which hormone levels, particularly estrogen, begin to decline naturally and gradually due to a slowing in the production of these hormones by the ovaries. This can typically start in a woman’s late-30s to mid-40s and can last for several years. While this change during perimenopause usually goes unnoticed in the beginning, declining estrogen levels eventually reach a point in which women start to experience irregular menstrual periods as well as signs often thought of as belonging solely to menopause itself. These perimenopause (and menopause) discomforts include hot flashes, night sweats, difficulty sleeping, mood changes and more. Unfortunately, perimenopause can last for several years and officially does not end until a woman misses 12 consecutive menstrual periods, at which point she has reached menopause.

The most common way for many women to ease their journey through perimenopause is to take birth control pills, which help to regulate menses and ease discomforts like hot flashes and night sweats. However, lifestyle changes can also be utilized to help complete this menopausal transition. In addition to getting plenty of exercise, dietary changes can be beneficial for most women. One of the best dietary choices a perimenopausal woman can make is to add soy foods to her diet. Soy foods, like soy protein shakes and soy protein bars, are an excellent source of protein and isoflavones. Numerous research studies have now shown that soy protein shakes and other soy foods can help lessen hot flashes, night sweats and other common discomforts associated with menopause and perimenopause [1]. However, the research shows that the results are sometimes inconsistent, because different women experience different levels of perimenopause discomforts and different soy foods provide different levels of support.

If you are starting to experience the common discomforts associated with menopause and perimenopause, like hot flashes and night sweats, and don’t want to take prescription medication, choose clinically tested Revival soy protein shakes to ease your menopausal transition.